You Are the Creator, incarnate 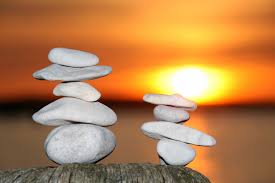 As always, I pray you are well. This month I'm keeping it simple and straightforward, after a month of eclipses that appeared to complicate, irritate, and once again hurdle us across the boards of emotions. Not for nothing, each created the perfect scenarios for breakdowns and breakthroughs, once again, allowing for another upgrade in consciousness.

As a result of the back to back eclipses, 9 day waves of consciousness, solstices and more, It would be easy to get complicated and scientific with all that is going on in our DNA, electromagnetic fields and solar systems, though I think straightforward simplicity would be of greater service to the all in the now. Additionally, I have been getting downloaded with so much information that I find it difficult in the moment to put it into a reasonable format appropriate for a newsletter, rather than a twenty-page article or a class. So here's my offering for now.

With only 18 months left of this cycle, once and for all time, for the love of ourselves, our children, our ancestors and this beloved Planet, we must pull the plug on our former notions of ourselves, our materialism that we believe gives us our security and even happiness, and put our focus on where it needs to be, right now, on our proper identity and our responsibility to it.

Though spoken repeatedly, in all sincerity, we have no more time to toy around with ourselves. We must grab hold of our proper identity, (know thyself) clearly understand ALL of its aspects, and begin living in deep and abiding humility, rapport and joy with it. That's the deal.

If we are willing to do this, (live in rapport with our proper identity), we will be saying an unequivocal yes to the ultimate deep cellular initiation that changes the trajectory of life and catapults one into the highest state of consciousness that a human being can embody, thus the ascension.

Predictions still fly as to the very small percentage of humans that will actually make a substantial ascension by the end of 2012, stemming from a case of mistaken identity, old world consciousness, not being able to hold enough Light, resisting love for Self and each other, and simply not being willing to give up who they are not, coupled with a healthy dose of "if only my circumstances would change, and if only other people would change."

All of the reasons are true, however, if each would allow themselves to open their minds, open their hearts and imbibe in the stillness to remember what must be remembered, and then activate that remembrance, the grand Lights would come on, the Love would flow, and then guess what would happen? :)

It's time to embrace the magic of who you are.


YOU ARE THE CREATOR INCARNATE. Take a breath. Don't let your mind get into the mix. You are the Creator Incarnate. Period. Take another breath.

How could you not be, would be the appropriate question? It is you that created your reality, and always will. There are no energies either here or to come on this Earth that will change that very fact. You are the only one in charge of your Life, now, then and forevermore and even more as a result of the time you have chosen to live in. So what would that then make you? The Creator, Incarnate.

In and through the hundreds of incarnations that you have lived upon this earth, you have been giving birth to your true Self through your various roles that you chose to play that were conducive to finding yourself on the inner planes, one lifetime at a time. Now, for your final role you get to play God, the Creator Incarnate, because you are! And, it is the only real role there is left to play. Any other role would simply be an unsupported illusion.

Just as your Mother/Father Creator God chose to have a myriad of experiences through you to experience every possible aspect of its human creation, you have done exactly the same.

You chose to have a myriad of experiences through yourself to experience every possible aspect of human Creation, and now you can experience being the Creator, The Divine One, God on earth, the moment you choose to, and activate your choice.

You are God. You are the Creator. You Are the I Am. Behold the meaning "I Am That I Am." That expression has always told you the Truth of who you are, though through reverse truth and many religions it was twisted and turned, called blasphemy or never spoken of at all.

Jesus, always spoke that Truth to the masses. "My Father and I are One." In saying so he wasn't separating himself from all others, it was quite the opposite, as he attempted to impress upon each, to embrace that same Truth, that indeed there was no separation from being Creator Source, only a shift in form.

He knew that when we embraced that truth then, "greater things than I shall you do" would be made real to each of us. Why greater? It is due to the unified field that would be created through this acceptance of Truth that would have miracles springing up like daisies in springtime.

Please remember that though Jesus, by design, had a unique pathway carved out for him, so did you. Oneness having many parts.

He was expected to remember who he was, and in turn act in accordance. He was to discover his Father's/Mother's vibration, feel it at his core and consistently vibrate at that level. So are you to do the same.

He came into his full power, liberation and glory under adverse conditions. So have you.

He came to know who he was through the power of love. And you are coming to know yourself in the same way, for there is no other way to know thyself.

He came to love all others by loving himself, knowing if he were to inspire others, and make the world a more peaceful place, he must first turn to himself, The Creator Incarnate, make the changes internally, and then turn his radiance outward into the world external.

You are tasked with the same. There is no other way that this world can change, nor can you.

Jesus had an early advantage, perhaps different that you. Once he remembered who he really was, he rarely forgot and when he did, he had a host of helpers to right him on his path.

You did not, until more recent times, when the Cosmic Councils of Consciousness, countless Angels and Archangels, endless numbers of Earth Angels and your very own I Am Presence, have made it undeniable that they are working diligently on your behalf to head you into the direction of greater Truth about yourself.

You are to know that all that you need to remember and stay on path and in your truthful identity, you do indeed have.

In addition, the coding and the rewiring of you are taking place in ways we don't need to address further now, to widen the portal of your being, and open all of your channels so that more Light and more Love can be downloaded inside of you.

Trust you are being taken care of and in order for the often-mysterious work to be effective, you must take care of yourself. Your part is to clean out the rest of who you are not, sync up with your proper vibration, and claim, with authority and action your rightful identity, in order that your claim may be brought to Life and you can move on and play a new role in a new consciousness.
YOU ARE THE CREATOR INCARNATE. CREATE. And so it is.