What are the Four Immeasurables?

According to the Metta Sutta, Shākyamuni Buddha held that cultivation of the four immeasurables has the power to cause the practitioner to be re-born into a Brahma realm.

The four immeasurables are:

Loving-kindness (Pāli: metta, Sanskrit: maitri) towards all: the hope that a person will be well; "the wish that all sentient beings, without any exception, be happy."

Compassion (Pāli and Sanskrit: karuṇā): the hope that a person's sufferings will diminish; "the wish for all sentient beings to be free from suffering."

Empathetic Joy (Pāli and Sanskrit: mudita): joy in the accomplishments of a person — oneself or another; sympathetic joy; "the wholesome attitude of rejoicing in the happiness and virtues of all sentient beings."

Equanimity (Pāli: upekkhā, Sanskrit: upekṣā): learning to accept loss and gain, praise and blame, and success and failure, all with detachment, equally, for oneself and for others. Equanimity is "not to distinguish between friend, enemy or stranger, but regard every sentient being as equal. It is a clear-minded tranquil state of mind - not being overpowered by delusions, mental dullness or agitation."

According to the Metta Sutta, Shākyamuni Buddha held that cultivation of the four immeasurables has the power to cause the practitioner to be re-born into a Brahma realm (Pāli: Brahmaloka).The meditator is instructed to radiate out to all beings in all directions the mental states of: 1) loving-kindness or benevolence, 2) compassion, 3) sympathetic joy, and, 4) equanimity. The four immeasurables are also found in Patañjali's Yoga Sutras, a text composed long after the beginning of Buddhism and substantially influenced by Buddhism. These virtues are also highly regarded by Buddhists as powerful antidotes to negative mental states (non-virtues) such as avarice, anger and pride.

Loving-kindness and compassion are both hopes for the future (leading, where possible, to action aimed at realizing those hopes).

Joy and equanimity are attitudes to what has already happened, but also with regard to consequences for future action.

While these four might be delineated as attitudes to the future or past, they contain the seed of the "present" within their core (as a living embodied practice). This is the essence of the spiritual laws of karma, self-responsibility, and right thoughts (samma sankkalpa, literally 'right commitments'). A dedicated intention that all beings are in the "here and now", tranquil, happy, in touch with their gifts and accomplishments, and feeling interconnected by that synergy to eschew suffering by abdication. 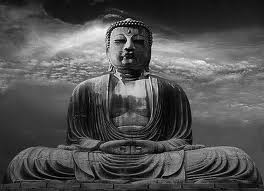 In Buddhism, equanimity is one of the four immeasurables and is considered:

Neither a thought nor an emotion, it is rather the steady conscious realisation of reality's transience. It is the ground for wisdom and freedom and the protector of compassion and love. While some may think of equanimity as dry neutrality or cool aloofness, mature equanimity produces a radiance and warmth of being.