Emperor Wu had an ancient treasure, a bowl made from the skull of a revered Buddhist master. Whenever he drank tea from the delicate polished skull, he felt at one with the wisdom of the ages. It was his "Buddha Bowl."
One day a nun from the nearby monastery was serving the emperor his tea. Fu was a rather dreamy Buddhist nun and, on this particular day, she spilled a few drops of tea on the emperor's hand. The hot liquid burned. The bowl fell, shattering into numberless pieces. Fu stared at the white bone bits on the black stone floor. "Like stars strewn through the night" she mused. Then she heard Emperor Wu shouting: "My precious Buddha bowl, gone, because of your clumsiness!"

Fu looked up and met the emperor's eyes. " You must find me another," he warned, "or I will have your skull, nun Fu!" Kicking aside the bits of broken skull, Emperor Wu stormed out.

Fu returned to her monastery, approached her teacher's door, knocked three times as prescribed , and soon heard the answering bell admitting her. She bowed. Then she told of her predicament.

The two nuns sat in silence. The Zen teacher spoke a koan for Fu:

FIND YOUR GREAT SELF.
THE BUDDHA BOWL OF THE STARS
SHALL APPEAR FOR YOU TO USE AT WILL.

Fu bowed and left. The koan rang in her ears. As she repeated it, the words echoed within her skull. They reverberated through her bones.

The Emperor's official tea ceremony was to be held at the next full moon. When Fu went into the monastery garden, she saw the white sliver of the new moon appear in the west as the sun set. She sat zazen into the night until even the dimmest stars appeared. Each evening for the next twelve days, Fu practiced zazen in the monastery garden, breathing her koan into her bones.

By day the nun was assigned by her teacher to work in the little Zen garden. There she raked patterns into the sand around the carefully placed rocks. Sunlight glinted off the myriad bits of quartz — of silica — at her feet. "Daytime stars," thought Fu.

Each evening Fu watched the stars appear and scatter themselves into deep space. Breathing in the dark, sitting without end, she surrendered herself to the koan. It was taking her deeper and deeper into the emptiness of space, to the time before the light of stars was born.

Body and mind dropping off into astonishing Radiance . . .
Everything arising together out of that Radiance . . .
The Starburst breaking open the wonder of the Universe.
Fu herself became this Vastness. She became Vastness watching Itself unfold. Fu was light and air and water and earth. She became the Universe of stones and bones, sunshine and sand.

On full moon day, Fu shaved her head. She softly touched her smooth round skull. She whispered her koan: " Find your Great Self. The Buddha Bowl of the stars shall appear for you to use at will." It was time to return to Emperor Wu's palace and prepare for the tea ceremony. The sun was setting.

Emperor Wu appeared in his finest silks, welcomed his noble guests, and took his seat. He held out his hand, waiting for the new Buddha Bowl.

Fu stood before him, her hands clenched at her sides. Suddenly she flung open her fingers. Sand scattered across the floor. At that moment the light of the full moon shone through the eastern window on to the black stone floor. The sand glistened as brightly as stars in the night sky.

Fu bowed deeply. She waited until she heard the rustling of silks. When she rose, Emperor Wu was there, serving her a cup of tea. 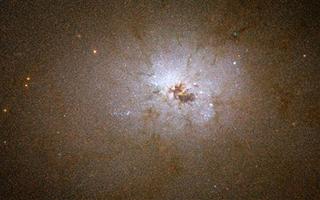 Comment by inet on December 8, 2009 at 2:24pm
that was beautiful. thank you for sharing this!
inet

Marianne (getting "your" waether)