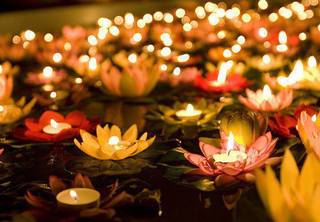 I'm still feeling angry at the outcome of the Trayvon Martin case. So unreal and unjust that an innocent life was taken and for what. Wasn't it clear that this young man was the one acting in self defense and that he was unjustly harassed and pursued. But the crime goes free, and for what. Manipulated legalize? Shallow technicalities about what is allowed legally in our court system? Isn't it obvious that Zimmerman's irrationality choreographed the whole thing, that he wasn't in his right mind or reality at all, and that it resulted in the death of an innocent boy? Isn't this a clear case of manslaughter? a fatal crime against an innocent boy?
Among other issues that to anyone with their eyes and ears opened are obvious to this case, this "legal" system also greatly needs gun-carrying reform and definitely strict and abiding gun laws and gun-use education (shouldn't gun bearers be required to attend 3-years of proper schooling on the issue first?) Because someone just went free who felt, for whatever wrong and invalid reason, like pursuing and chasing down an innocent kid, which is bad and "wrongdoing" enough, but he also did it with a gun in his pocket. And this man had no business carrying a gun. He was acting on personal assumptions and ignorance and even ignored law enforcement's directive to mind his own business. This man clearly was not capable of responsibly handling a gun. And his crime, this horrible and fatal crime, goes unpunished and unaccounted for, at least by the American court of "justice" system. Is this where the legal system of the United States of America stands today? Really? To allow an act like Zimmerman's to be labeled as legally acceptable? C'mon. This was an obvious case. And I am only sticking to the provable facts.
But I am practicing if even just a bit today in sending metta to both sides of the coin. It is tragic that a man committed a crime that killed a young boy who had done nothing wrong. George Zimmerman will have to live with that the rest of his life. He will have to live with that inside his soul for the rest of his life. I feel compassion for that, for his terrible mistake and for his family too. And my heart breaks for the Martins, and for the fact that their unbelievable loss goes seemingly without redemption or justice. But there is a higher calling. A higher code to answer to. I have to practice surrendering to it. And practicing a bit of metta today.
We are really both the Martins and the Zimmermans, for despite the grave mistake made here both by the culprit and the legal system, we are still at heart all truly one, created by and in the spirit of the same God (as you define God). And forgiveness but also accountability is needed to heal. The accountability is now in a higher power's hands. And perhaps we'll get around as a society now to strict and clarifying gun control and education on this and other issues of the case. But at the same time, a terrible and fatal mistake has been made. And the grief is palpable. And although I do feel that accountability is needed for recovery, so I feel compassion on a deeper level too. For the saddness of humanity, for people who cannot see or own or just don't care (and isn't the latter even worse) that a man-slaughter occurred and went unpunished. And then there is such a great loss, and the anger and ridiculousness really over why. There is suffering all the way around as we continue to heal and awaken around this case's deeper issues.
Sending light and hope to the places of grief, and prayers for peace, truth and oneness to abide. I have to find this in myself most of all. and to release the anger it stirs in me. Opening to all of my feelings and allowing them to cleanse and heal. And finding peace and restorative wellbeing within myself.
Namaste