How Do You Heal? How Do You Heal?

Tap the Divine Energy within.

Over time, I grew accustomed to the stench of formaldehyde. Stinky five-gallon vats held all kinds of brains—sheep brains, cow brains, human brains—but it was the only laboratory space I was able to wangle from the biology department at San Francisco State University. And so, under these conditions, surrounded by hundreds of brains, I conducted my research into how the mind creates psychosomatic health or disease and how shamans are able to cure illness.

One day, two years into my research, I realized that I had been viewing the mind through the wrong lens. I had been trying to understand a spiritual tradition of indigenous America by looking at changes in brain and blood chemistry. The following week, I resigned my post at the university and shut down my lab. And before the month was over, I had purchased a one-way ticket to the Peruvian Amazon to study the shamans in their own environment.

Everyone I knew, including my own family, thought I was mad to throw away a promising career in academia to follow a harebrained dream of being an explorer and adventurer. I was a city boy who had never set foot in the jungle. But I was sure of one thing: I would not find answers about the mind in a laboratory.

I spent the next quarter of a century traveling and studying with the most renowned sages of the Americas. During that time, I witnessed extraordinary cures—persons whom Western medicine would have long given up on returned to health through ways I could only ascribe to a miracle or spontaneous remission. Over time, I became an apprentice to the shamans and learned their healing practices and methodologies. Yet part of me always felt like an outsider. One old Indian I worked with for many years, a man who eventually became my mentor, explained to me: “That’s because your God is a descending God. He comes down from the heavens on rare occasions to touch those of us here on the Earth; whereas our deity is an ascending divinity who rises from the Earth like the golden corn and resides among us. Our creative force is known as Pachamama, the Divine Mother.”

The sages I studied with worked with the Divine Mother, an energy or intelligence they were capable of interacting with to heal their patients. They believed that we ourselves are this divine energy embodied in matter, much like ribbons of sunlight that wrap themselves around the trunks of trees and then release their light when we place a log into the fire. They claimed they were able to see emanations of this energy around the body of a person in the form of a luminous matrix.

After many years, I also learned to sense this luminous field and to comprehend the shamans’ concept of all life being interconnected through strands of light. In the beginning, my scientific mind had to grasp this notion by explaining to myself that we eat animals that eat grasses that feed on sunlight. I reminded myself that chlorophyll turns light into carbohydrates, such as wheat and other grains, and that we turn carbohydrates back into light inside our cells for fuel. With time, my logical brain relaxed its vise-like grip on my awareness, and I was able to perceive more directly the luminous weave of all creation.

With time, I learned that trauma leaves an almost indelible signature that a healer can perceive in her clients’ luminous field. Healers believe that this marks a person’s experience of health or disease for their entire life, like a cross that each of us has to shoulder. A shaman can help people to lighten their load, perhaps even help them understand the lessons they needed to learn from the original trauma they experienced, but it is up to each person to choose whether they carry their cross lightly, discard it altogether, or become burdened and overwhelmed beneath the weight.

During my years studying with the shamans, I learned about their belief in the Divine Mother, which we each have the potential to discover in nature. This was not the bearded old man whose image I had come to associate with “God.” Rather, this was a force that infused all of creation, a sea of energy and consciousness that we all swim in and are part of. I came to understand this life force that infuses every cell in our bodies, that animates all living beings, and that even fuels stars.

In 2006, on one of my yearly expeditions to the Andes, I met David Perlmutter. I had heard of David and his work over the years and was delighted to hear he was also interested in indigenous healing practices. As we talked, I mentioned the shamans’ notion of how important it is to restore the feminine life force, and his face immediately lit up. “Yes,” he remarked, “it’s the mitochondria.”

On hearing this, I nearly fell off my chair. Here was the link between the ancient shamanic practices and modern neuroscience. I remembered that our mitochondria are inherited only from our mother’s lineage. Here was the source, inside each cell of every living creature, of the feminine life force that sages speak about. I became very excited when he mentioned how these energy factories seemed to be breaking down under the continual barrage of stress in our fast-paced lives and from biochemical toxins, including mercury, pesticides, and water and air pollution.

The more we conversed, the more obvious it became to both of us that there are many elements of ancient healing and spiritual practices that can be described in modern neurological terms. What if we could bring these methodologies together to help our students and patients heal their brain, restore their health, and experience freedom from destructive emotions like anger and fear?

Alberto Villoldo, Ph.D., is a medical anthropologist who comes from a long line of Earthkeepers from the Amazon and the Andes. The author of numerous best-selling books, Dr. Villoldo currently directs The Four Winds Society in Park City, Utah, where he trains people throughout the world in the practice of energy medicine and soul retrieval. Website: www.thefourwinds.com 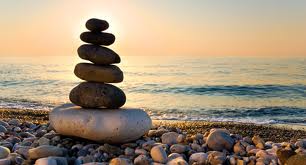 Comment by Alexa on April 2, 2011 at 11:26am
"...awaken the healer within you, and surround yourself with loving and caring people and have a one-pointed intention that you will heal yourself. The mechanism through which intention orchestrates biological response is a mysterious phenomenon. But there is no doubt that intention influences our biology. Through meditation, for example, one can learn to lower heart rate and blood pressure and eliminate the stress response. When intention is introduced before meditation it works in a precise manner by evoking very specific biological phenomena. According to wisdom traditions, intention has infinite organizing power."
~Deepak Chopra