I present a few examples of out right lies being ignored and argued to be truth.I give you conscious cycles that are now connected to all of our futures.Cycles that were warned against falling into.By great men such as Eisenhower,Aldous Huxley,Terrence McKenna,Martin Luther,Wilhelm Reich,Kennedy and the list goes on.

So I'll just describe 3 occurrences that fit into this cycle and show you a little piece of policy involving this idea.

1).This link shows you the news on the day of the 7/7 bombing in london and gee such a coincidence a training exercise was on same day, same place, same time.  .http://www.youtube.com/watch?v=9EEuoMYtazo

2).This is the day of Boston Bombing.So really?This guys leg is blown off up past his knee and he manages to hang out there for while after two people just got off of him.( doing what? well look, you'll find)Now after kickin here this other dude comes and gets a wheel chair and puts a failed attempt of a tourniquet on the leg that has been "blown off"!then proceeded to wheel him for a few blocks.Sorry folks the two are crises actors cause the real deal would have resulted in death .Ask any experienced Ambulance driver fire fighter or EMT if this next pick is possible cause this is almost 10 to 15 after the blast "That blew HIS LEG OFF!" 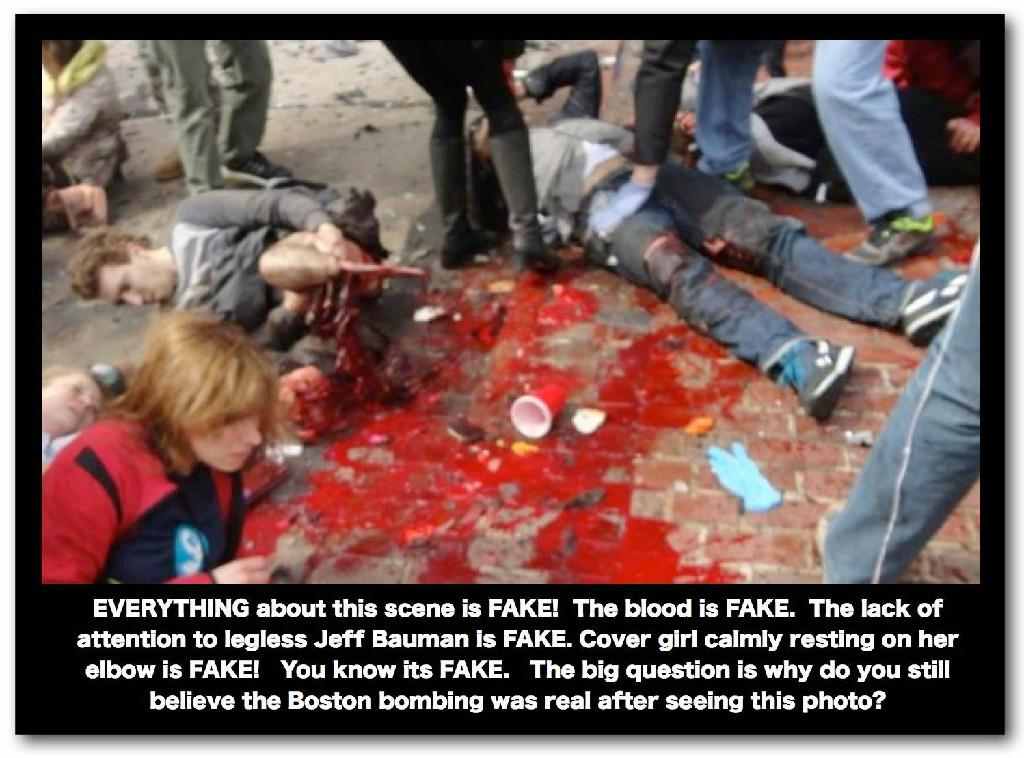 So guess who was there early that day.Military contractors .Mercenaries as a matter of fact .These men are paid to do a job and it sure the hell was not security.

These men belong to a well known contractor named Eric Prince.The owner of the old Black Water group.Now named the Craft.These men along with bomb sniffing dogs in the morning.

So a friend that was there who was in the vietnam war said to me jokingly after locked up in his house for 3 days under martail law "hey, ya know the whole thing just seemed like an excuse for martail law."

Fact of the matter was there was a drill on that day to .Another military exercise involving our northern air defence.Norad was out doing exercises that fit the same protocol of the real time exercise.But it not become kinetic.No ,the pilots were actually confused when air traffic controllers radio in with the distress call.They answer with "is this real time or exercise?"This along with .....

By the authority vested in me as President by the Constitution and the laws of the United States of America, including the Defense Production Act of 1950, as amended (50 U.S.C. App. 2061 et seq.), and section 301 of title 3, United States Code, and as Commander in Chief of the Armed Forces of the United States, it is hereby ordered as follows:

Section 101.  Purpose.  This order delegates authorities and addresses national defense resource policies and programs under the Defense Production Act of 1950, as amended (the "Act").

Now pay attention to all the crazy exercises going on this summer in and on American soil because I'll guarantee one of them goes kinetic because of a staged event in order to control what they need.THESE SAME PEOPLE KEEP SHOWING YOU ALL THIS AND RELY ON YOUR COMPLACENCY!