Helping Others Recover Changes Me

Recovery from an injury, an illness or disease or from a state of mind generally takes time, care of our bodies and minds and a desire to be well.  There are many conditions from which our bodies or minds will be restored to health automatically if we take care of ourselves, give it a little time and get out of our own…

The Musical Hero With A Great Message - Billy Jones Bluez

"Exquisite Modern and Traditional Blues and Neo-Soul by one of the most talented artists on the contemporary scene. Billy Jones is a young, genius-level,…

Happy Winter Solstice! The return to the Light. :)

As the earth cast her shadow upon the moon last night during the solstice full moon eclipse, I must say, things were feeling a bit intense! Today is the day of the Solstice. And thankfully things are feeling more settled already. Magical Solstice. The official return to the Light.

From here, the days get longer, and the light shines higher too. Happy…

“Styling ain’t easy! Styling is not as easy as it sounds. It requires a lot of homework and handwork. One must have a good sense of style and color. One must be in sync with the latest fabrics, cuts and international trends and most importantly have an understanding of the various body types as well as body language. And of course, there are deadlines to be met in our profession.…

The Power of Imagination 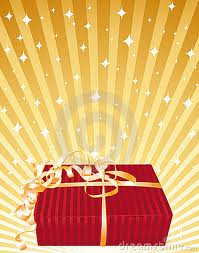 Whether you realize it or not, you bring everything to you through the power of your imagination. The power of imagination is not something you have to acquire; you have it already! You think in images even if you aren't aware that you do, and you use imagination or imaging every single day of your life. When you think about the past you are imagining. When you think…

Every Moment is an Inspiring Moment - Mahinder Kumar Batla

"You could say I am over ambitious. I realized my dreams through action. As the Bhagavad Gita says ’Keep doing your Karma and don’t worry about the results.’ So have I, learning from every experience, working my way through. I am reaching out to the hearts of all Punjabis spread all over the world.By September 15th 2006, MH1 UK will go on air for UK audiences and MH1 Worldwide for audiences in…

The First Christmas Tree - Did You Know? Where did the tradition of the Christmas tree begin? - The custom of erecting a Christmas Tree can be historically traced to 15th century Livonia (present-day Estonia and Latvia) and 16th century Northern… In many of the great religions there is an injunction to undertake a pilgrimage, to leave one's usual place, friends, activities, state of being, and journey forth to the unknown. This is the ultimate form of letting go, a journey to find God, the Self, the Infinite. It is a journey taken to break attachments, destroy habits, open our…

Lately the topic in many of the meetings I attend is on the twelfth step, "Having had a spiritual awakening as a result of these steps..."; and I hear many ideas about spirituality and the circumstances of the awakening experience.   What I seldom hear is anyone describing what is happening after the awakening, how they are reaching the next level of spirituality in their lives or what the growth in the spiritual life is like for them.  Perhaps I am not hearing what is being said, or perhaps…

Relationships are for keeps! - Anurag Batra

How do you begin your day? How we begin our day can have a profound effect on the ease and peacefulness of our daily lives. Beginning the day with a routine that may include meditation, a simple healthy breakfast, or some light excercise can set a strong foundation for a healthy happy lifestyle.

Endurance to be clear* Endurance to be clear*

Walking and climbing the way is up straight
One keeps on enduring, clearing does not wait
The openness that makes this one in its blank
Opening more and more making many…

The Healing Power of Green

The color green balances our energy so that in looking at it we feel confident that growth is inevitable.… 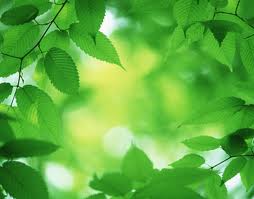 The Power Within, Healing Childhood Wounds With the wisdom of an adult, we can be the loving parent or guardian we needed as a child.

Events from childhood, our first experiences, have the power to…

Give Before You Take/ Shamshir Rai Luthra & Friends

Wow! Here's a picture that tells it all! Men who have mastered the art of attraction, go weak on the knees when they see... goodies! Yes! Actor, Model Santosh Chugh loves shopping! And it's not a crime. It's been a…