Many people post wise and profound things when they blog....

I simply post my feelings and observations regarding life, as simple as it may be.

Most people look to New Years to “turn the page”, so to speak. I look to today.

I will no longer wait another day. My beautiful life is just below the surface, waiting to emerge. I have kept it buried with self destructive behaviors, endless… Continue The Wind*
You do not know where I come from.
You do not know where I go.
I have a force you do not see.
But my effect is to make things blow.
My path is a simple direction.
Going along mountains, rivers and plains.
To me I always make the corrections.
When I have a gust in me I can make my gains
You will never see me time and time again.
But I always touch you. I am unseen for I am the… Continue One of the most important decisions you’ll ever make is choosing the kind of universe you exist in: is it helpful and supportive or hostile and unsupportive? Your answer to this question will make all the difference in terms of how you live your life and what kind of Divine assistance you attract.

Remember that you get what you think about, whether you want it or not. So if… Continue 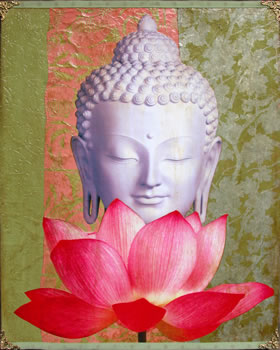 
Through endless ages, the mind has never changed

It has not lived or died, come or gone, gained or lost.

It isn’t pure or tainted, good or bad, past or future.
true or false, male or female. It isn’t reserved for
monks or lay people, elders to youths, masters or
idiots, the enlightened or unenlightened.

My Gift To Everyone Here Marianne (grateful for all of you)

May you feel blessed, happy and loved... Merry Christmas! 
Put your problems on probation
Run your troubles off the track,
Throw your worries out the window
Get the monkeys off your back.
Silence all your inner critics
With your conscience make amends,
And allow yourself some happiness
It's Christmas time again!

Call a truce with those who bother you
Let all the fighting cease,
Give your… Continue

Beauty from the beyond*

Once a torrid wreck of molten catastrophe but with the explosive power of the nothingness that was to be created, a gentle flow of harmony was deduced. As the rhythm was made to bring the chaotic mess brought together the attraction of all masses. As the harmony was to be a beautiful landscape that moved into the light and was slowly arrested by its shadows. All the same vastness gave birth to keep it together as gravity was formed, now the shadow illucid… Continue

Acknowledging Your Growth - from DailyOM 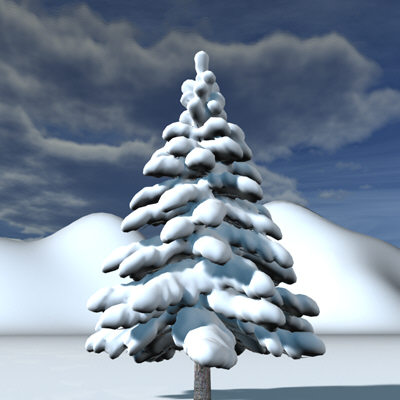 Acknowledging Your Growth - Foundations of Evolution

Since personal evolution is most often a slow and gradual process, it can be difficult to recognize the scope of the changes taking place in our lives. Yet it is important that we regularly acknowledge our ongoing growth and reward ourselves for the many wonderful feats of self-improvement we have accomplished. When we intentionally contemplate our progress, we need never feel… Continue

The trees standing on the edge* The trees standing on the edge*
It was a long journey but it was done
To grow from seedlings, rain and sun
The roots were anchored in
Multiplying over and over again
To break through and upward it goes
The Divine Hand of God is the only One who knows
But as it walks to the river banks and rocked ledge
The group of trees are standing on the edge

A Peaceful Sunday at the Peace Pagoda This is a true story as told by myself...It happened one Sunday back in February 2009, a week before Valentine's Day. I was going for a walk in one of many deve…

A Peaceful Sunday at the Peace Pagoda

This is a true story as told by myself...It happened one Sunday back in February 2009, a week before Valentine's Day. I was going for a walk in one of many developments where I live and had a notion half way through the walk to go to the Grafton Peace Pagoda in Grafton,N.Y.
As I was trekking back I had an urge of hunger pangs and was going to get a bite to eat at home. Remember what I just said as to later on it is the story. When I got… Continue

Mrs. Winter Speaks to All:

There are two important events this week, the winter solstice on December 21 and the celebration of Christmas on the 25th. This is one of the few times when the entire world recognizes and shares a holiday celebration and is focused on a similar event whose focus is love, birth and renewal. We can use that energy to bring love and light to a world that is open and ready for it.

Fog (And Obstacles) - from DailyOM Fog - Coming out of a Haze


When we feel muddled and unfocused, unsure of which way to turn, we say we are in a fog. Similar to when we are in a fog in nature, we may feel like we can’t see where we’re going or where we’ve come from, and we’re afraid if we move too quickly we might run into something hidden in the mists that seem to surround us. Being in a fog necessarily slows us down by limiting our visibility. The best… Continue 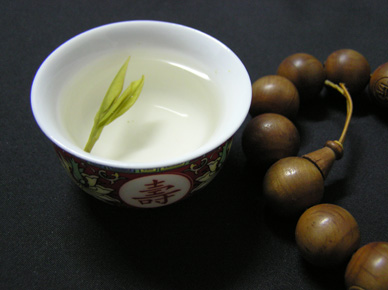 
The mind remains undetermined in the great Void.
Here the highest knowledge is unbounded.
That which gives things their thusness cannot be delimited by things.
So when we speak of 'limits', we remain confined to limited things.
The limit of the unlimited is called 'fullness.'
The limitlessness of the limited is called 'emptiness.'
Tao is the source of both.
But it is… Continue 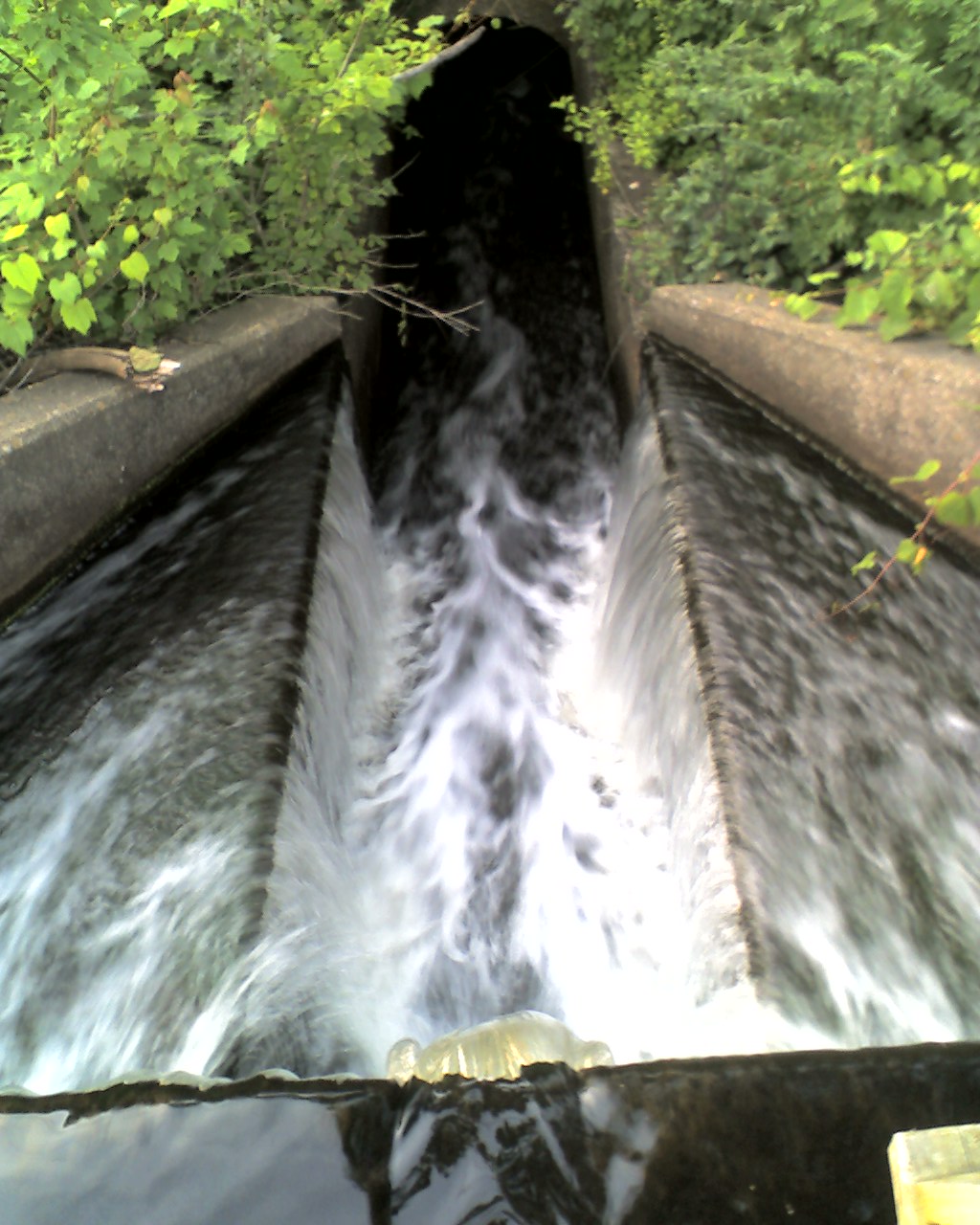 Consciousness of everything*
OK here I go again..way out on a tangent this time..I just watched a video on Dr.Deb Brown's post about 9/11. What I found fascinating about it was how these pieces of paper were gently falling down to the ground and some of the pieces of paper were shown as a footnote frozen in time to develop themselves individually.
OK my meat of this story is that all things in the Universe lately to me have a state of… Continue

The Insect Kingdom - from DailyOM Working with Our Insect Neighbors , The Insect Kingdom

A change of season may bring about a change in the insect activity in and around your home. Rather than heading for the fly swatter or bug spray or calling the exterminator, try working with the insect kingdom rather than fighting it. Making this choice on a conscious level puts you in touch with nature, allowing you to create harmony within your ecosystem.

A loving tribute to my Inner Essence© by Valerie White

Beautiful, Radiant Dancer
I see you, I am listening;
In ways I’ve never cared to before.

Darling Eternal Sunshine
I am here; humbly present to your essence.

Taking all the chains off;
to deeply breathe in such glorious discovery
of authentic realization within Each Moment.

Hopes Eternal Flame
You finally have all my attention.

Where did I wander off to?
Why was I gone so long?

Enlightenment of a plastic bag Enlightenment of a plastic bag
Idea was thought of many months in the making. After scrutinized planning the container was in the process of being made. Chemical compounds were added together to create a sack made of plastic. It knew its job in the process but did not know the exact outcome was. As it was being processed the plastic sack was finally off the assembly line and placed in another container for shipping in a local market. Its… Continue

The Great Bear is found on every continent and comes in many sizes and colors. The bear is revered on every continent, especially North America where the indigenous people who believe it was once human and Great Mystery lives in the spirit of bear. Many American Indian tribes have bear clans and bear ceremonies. Bear people use herbs and other plants in healing. Bear medicine is powerful and without peer among the animal people. The bear is a guide to the river of… Continue 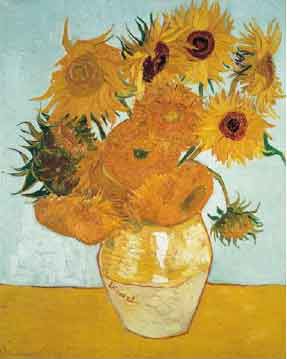 When once a warped mind is produced,
Buddha is concealed within the sentient being.