Body no longer, Soul gets stronger* 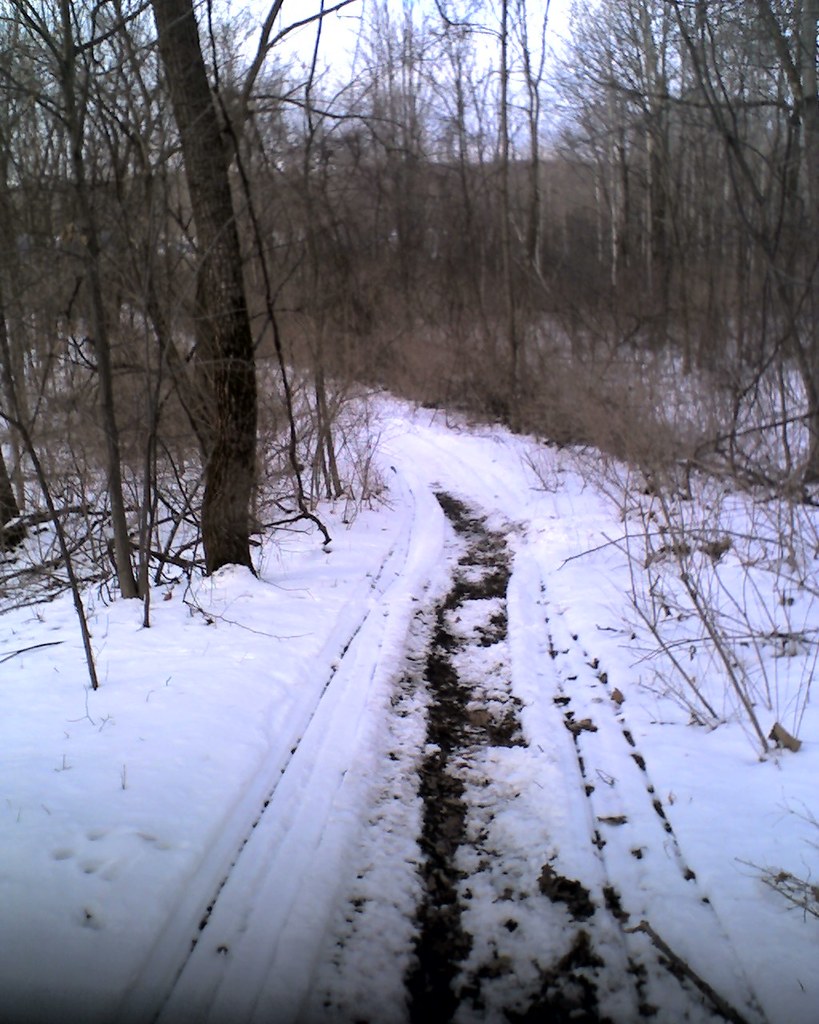 Body no longer, Soul gets stronger*

The Spirit of a Place - Visiting Sacred Sites 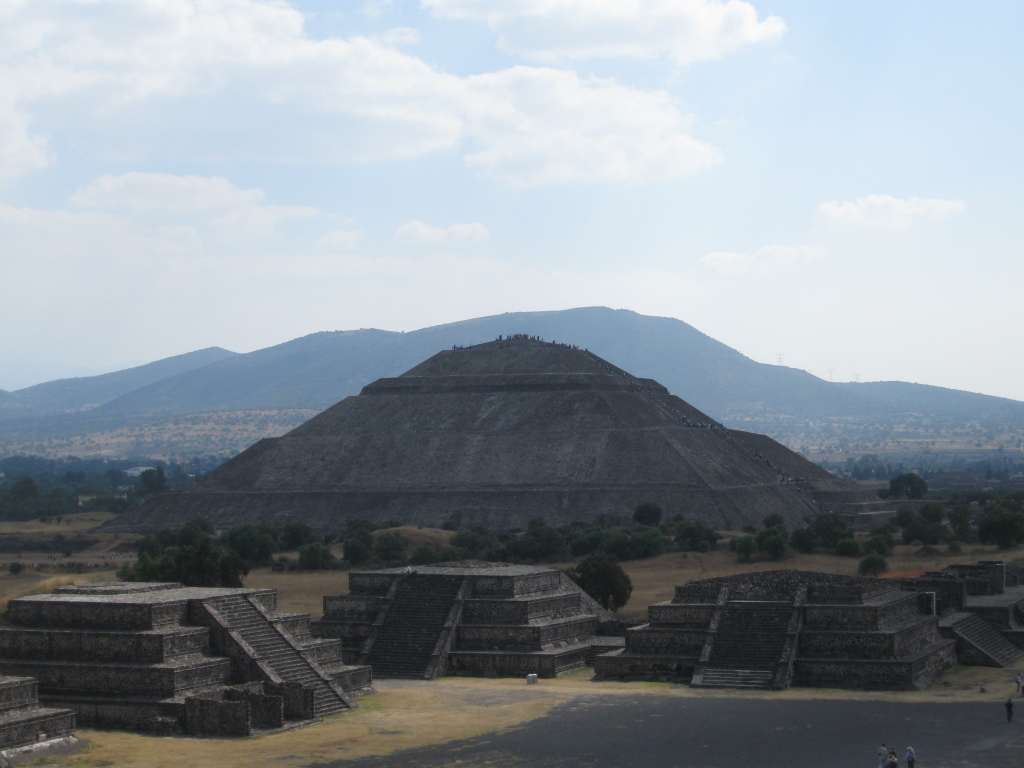 Teotihuacan, Mexico
In '02 I made a power journey to Teotihuacan, Mexico with my beloved warrior group. It was so wonderful and a reminder for today that we need only "tune in" to visit these wonder sites around the globe.


The Spirit of a Place
Visiting Sacred Sites

Jesus and the impossible* 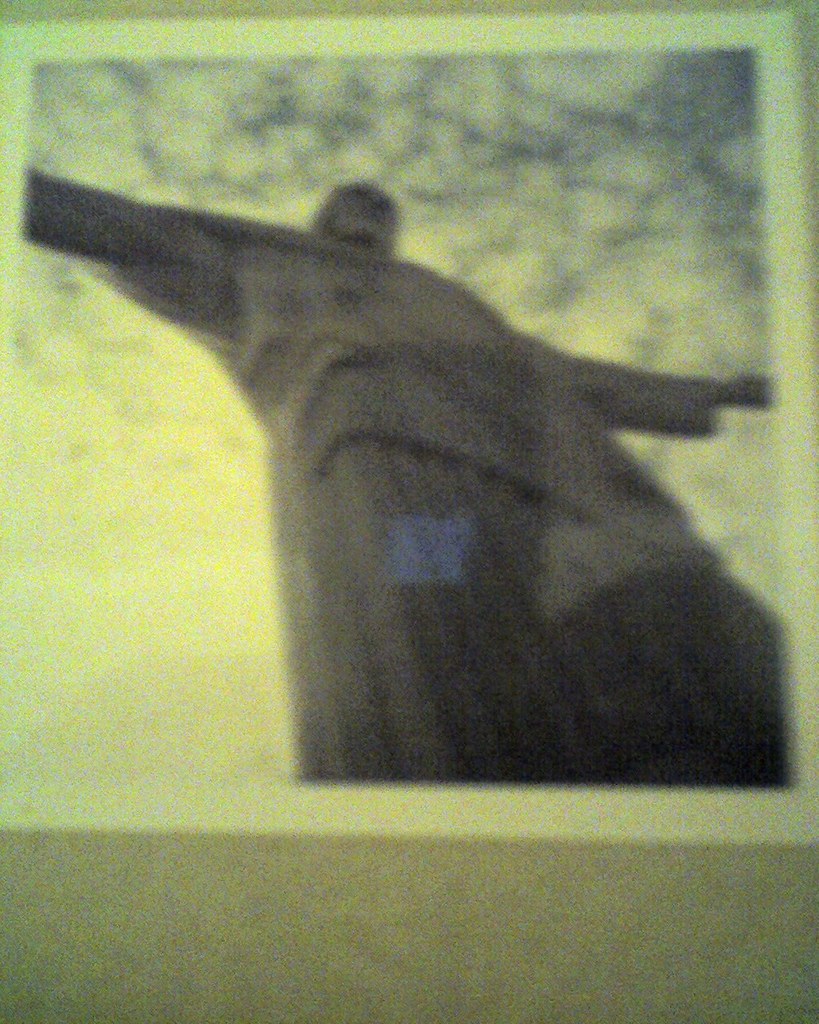 Jesus in the impossible*

Quenched in baptism water above
Creative Being and its thought of Love
Heart in Jesus always there to guide
Know His power strong walking side by side
He taketh me by the hand, shows me my peace
My suffering does end in surrender it ceased

Keeping the Faith - Anything Can Be Overcome Anything Can Be Overcome
Hope in Hardship

There is nothing in our life that cannot be overcome with time, love, friendship and attention to the matter.


The journey that each human being makes through earthly existence can have hardship as often as it is touched by joy. When we encounter adversity, the stress we feel can erode our optimism, eventually convincing us that the… Continue

Compassion is so Important

When I was a kid, my mom liked to make breakfast food for dinner every
now and then. And I remember one night in particular when she had made
breakfast after a long, hard day at work. On that evening so long ago, my mom
placed a plate of eggs, sausage and extremely burned biscuits in front of my dad.

I remember waiting to see if anyone noticed! Yet all my dad did was… Continue

When I was a kid, my mom liked to make breakfast food for dinner every
now and then. And I remember one night in particular when she had made
breakfast after a long, hard day at work. On that evening so long ago, my mom
placed a plate of eggs, sausage and extremely burned biscuits in front of my dad.

I remember waiting to see if anyone noticed! Yet all my dad did was… Continue

If you find affinity with the Bear then this totem information is for you. "The power of the Bear totem
is the power of introspection.
The answers to all our questions
lie within us.
Each of us has the capacity to quiet the mind,
enter the silence and know.

Just as the bear hibernates during the winter,
people…

The boss relationship can be translated from dreams in two ways:
1. A significant relationship from some other area of life-spouse, sibling, parent, or friend-may become your boss. If someone from another corner of life becomes your boss, it is likely that you feel that person exerting too much control over your life. It is easy to allow constructive relationships to become controlling at times. You may experience this dream in your usual worksetting, or in some nonsense environment. The… Continue

My own Spiritual Path has been long and winding, with many detours and roadblocks along the way. I'm an Enigma of "beliefs", and they're a conglomerate of the many things I've learned, some of what I was brought up with, and things I am STILL LEARNING.

Check this guy out. He's so cool!

Let me sleep on it!


The idea of problem-solving through dreaming comes from the saying, Let me sleep on it. The ego is designed to differentiate which ideas are allowed to enter consciousness. Consequently, some thoughts are dismissed before they even get a chance for deliberation.

In dreams, you may find yourself able to solve more problems than you normally do in waking. Problems that you can solve in dreams are virtually limitless because you are not bounded by… Continue

And the Winner Is... The Cove! "The Cove" is an incredible documentary film about the inhumane slaughter and sale of wild dolphins in a "secret" (no longer) cove in Japan. And it just won the Academy Award. I am so excited!

The film features dolphin crusader Ric O'Barry whom I met in Key West FL back in '95. Ric was the original trainer of Flipper the TV-show dolphin(s), who's life - and mission - changed when Kathy, (a.k.a. "Flipper") the dolphin, died in his…

A Tribute to Ric O'Barry

Richard (Ric) O'Barry was first recognized in the 1960s for capturing and training the five dolphins that were used in the well-known TV series Flipper.

Soon, after one of the Flipper dolphins, Cathy, died in O'Barry’s arms he made a radical transition from training dolphins in captivity to assertively combating the captivity industry. O'Barry is currently featured in The Cove,…
Continue

** They may be presented numerous ways and can create many feelings through
Their presence. Psychological research has shown that your perception of
Your father has the most impact on your perception of any higher beings that

You may believe in.

As a result, dreams about fathers are often dreams about power, presence,
And love. Power is often the first experience we… Continue

The Consciousness of the Universe* 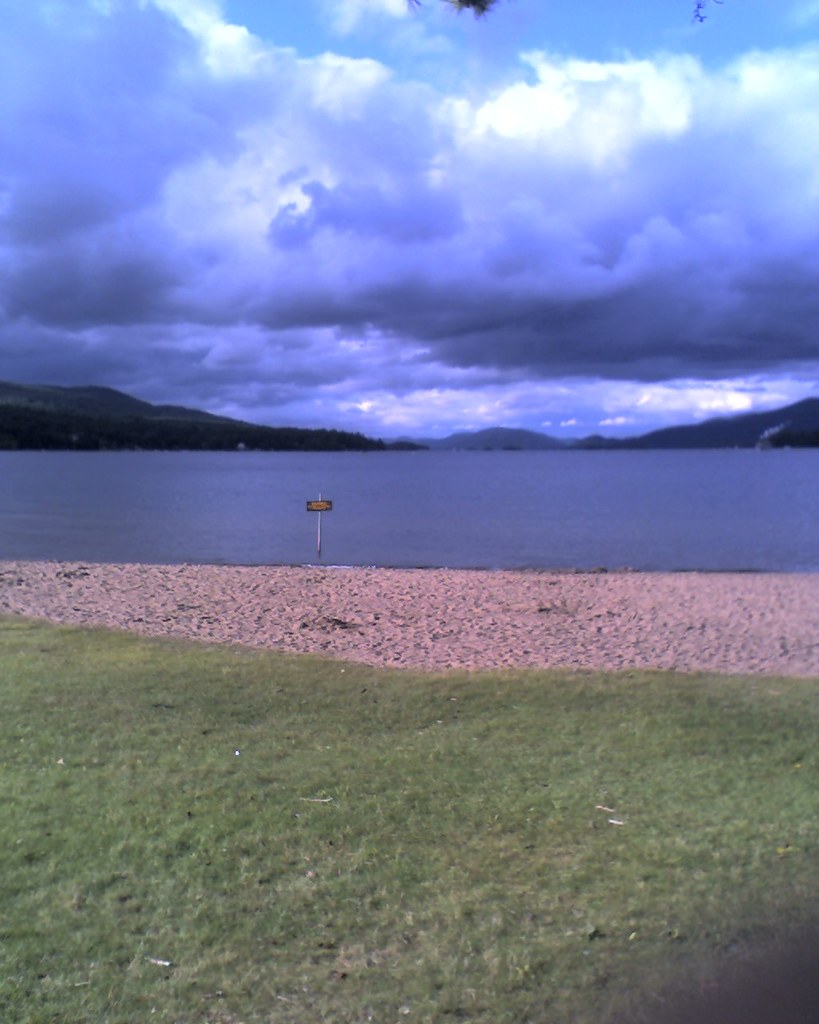 The Consciousness of the Universe*

I. The both sides of the brain through Consciousness

A. The thought derived in Consciousness

1.Thought exists because of Consciousness

2.Thought arrives into the Universe because of Consciousness
a.Universe exists because of the…

Above K'AN THE ABYSMAL,(contrary) WATER
Below TUI THE JOYOUS, LAKE

A lake occupies a limited space. When more water comes into it, it
Overflows. Therefore limits must be set for the water. The image shows
Water below and water above, with the firmament between them as a limit.

The Chinese word for limitation really denotes the joints that divide a
Bamboo stalk. In relation to ordinary life it… Continue 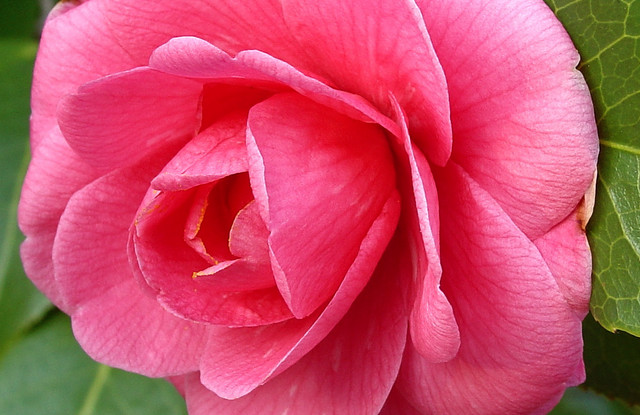 Celebrate all of the women in your life.......today and every day!

Love to all of the women at this site!

Me and my Soul that make me whole* 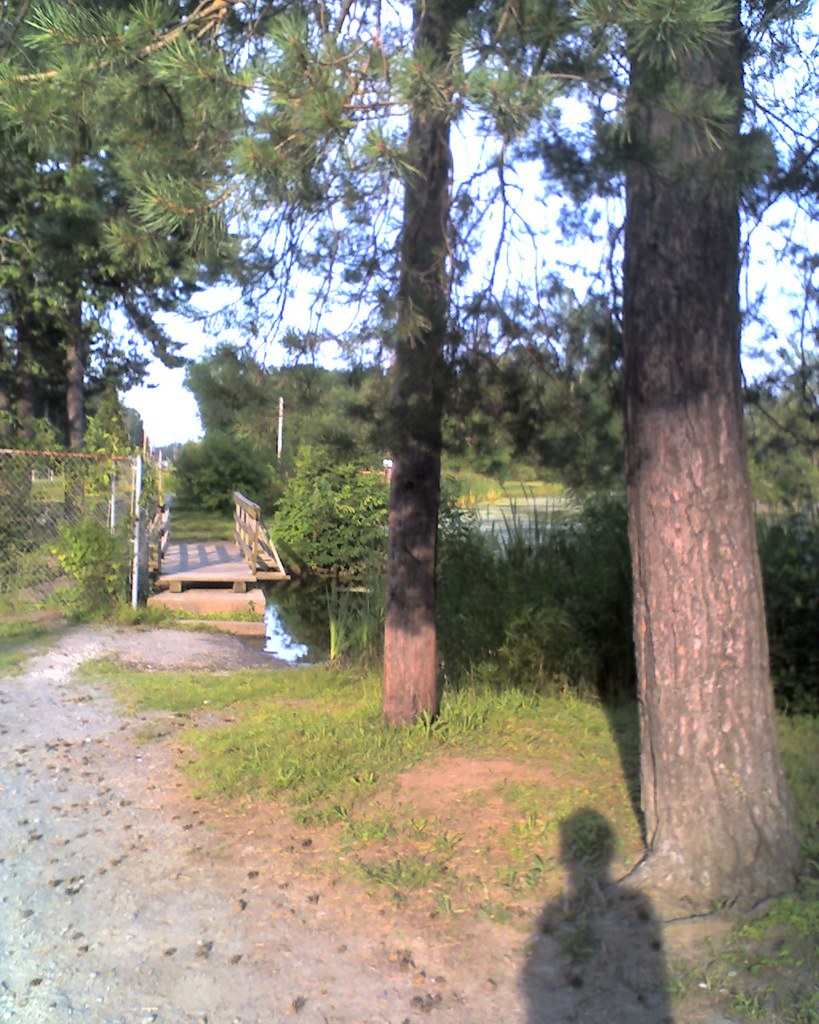 Me and my Soul that make me whole

OK Now I am really on to something in my life..I have always been a believer of more than this as I see it is ALL-THAT-IS...or GOD some might say..I grew up believing in the Being but never really experienced the Being...I was always looking outside myself that one day… 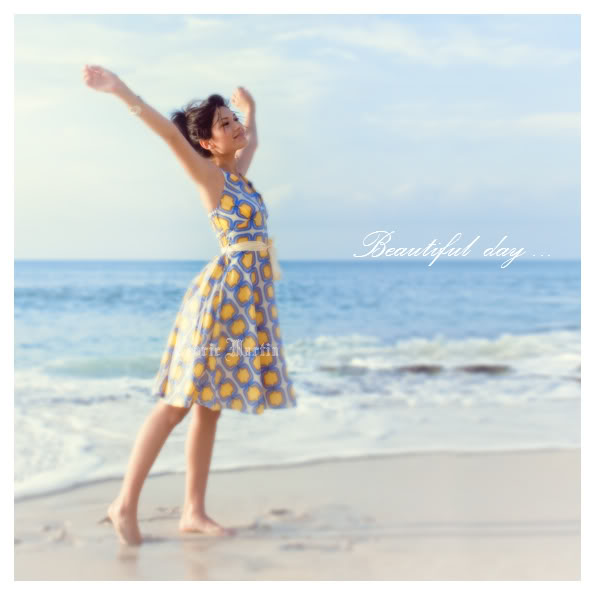 
It may be a little early yet for Spring, but the past 2 days have been gorgeous!... I just have to… Continue

Generating Your Own Patterning - Becoming or not becoming our parents It is said that as you get older, you will become more and more like your parents... if you have not consciously held and developed your own awareness. It is also said that if you heal and rewire your conditioned patterning, you may still evolve and grow into your own distinct Self, without following the imprints or patterns of your family lineage or ancestors. Sometimes we call this "legacy breaking." And sometimes, we are just older souls on the… Continue